Why is Raonic tapping?

Full disclosure – Tennis is the only sport I will voluntarily watch. I’ve been to two of the Grand Slams with the others firmly on the Bucket List. We were in Paris years ago and could have attended the French Open…but didn’t…I am not sure why now.

I digress. I did not sit down here, taking valuable time out of your day and mine to prattle on about Tennis Grand Slams, Bucket Lists, and Paris! I was going to write about how I found tapping and how frikken great it is! I have riffed on this subject before on this blog, but it’s really good stuff. Everyone should know about it. It’s easy, it’s free, you can even tap on the toilet if you want. It’s a free country.

So…I was watching Milos Raonic (Canadian, career-high ranking No.3) losing a match. He sat with his head in his hands at a break in the match, then started tapping on his cheeks, then the side of his eye, then the middle of his eyebrows, just above his nose. Something in me said I needed to know what the heck was going on, so I grabbed my phone and typed in…Why is Raonic tapping…

Google in its inimitable fashion gave me more info in .05 seconds than any human can seriously need. Tapping (or EFT, as it’s creator named it) is, according to the website handily named The Tapping Solution, a combination of Ancient Chinese Acupressure and Modern Psychology that works to physically alter your brain, energy system and body all at once. The practice consists of tapping with your fingertips on specific meridian points while talking through traumatic memories and a wide range of emotions.

Raonic came back and won the match!

Quite simply, it works. I’ve found it really helpful for dealing with deep-seated emotions and self-discipline issues such as eating foods I really should avoid. I’ve been doing this spiritual stuff for so long that some of the baggage I’m still carrying is lodged down so far that I can’t even see it. I can feel it though. And, even though I have been doing this stuff for 24 years now, I still have annoying habits like eating too much bread (it makes me sick, fat and nasty. Bad, bread. Sit. Stay…I said stay!) Tapping is so good for both the seen and the unseen, the scary and the silly. I don’t know how it works but I do know it has really worked for me.

I found Brad Yates on YouTube this morning. His voice is lovely and his scripts are really lovely to follow.

Whether we’re starting out on the spiritual or self-development path or we’ve been doing the work for what seems like our whole adult life, we will experience times of peaceful passage and times of real struggle and challenge. We owe it to ourselves to embrace both the still ocean and the crashing waves and know it’s worth the effort. 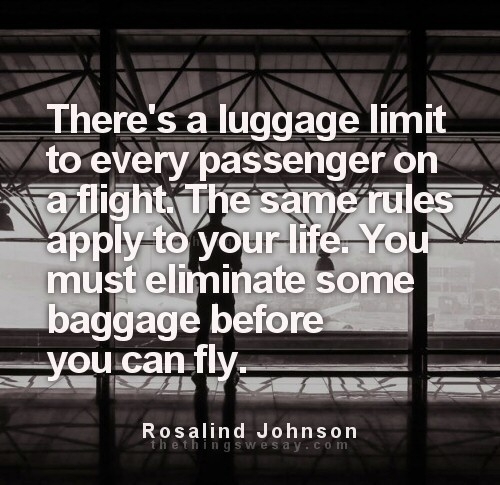