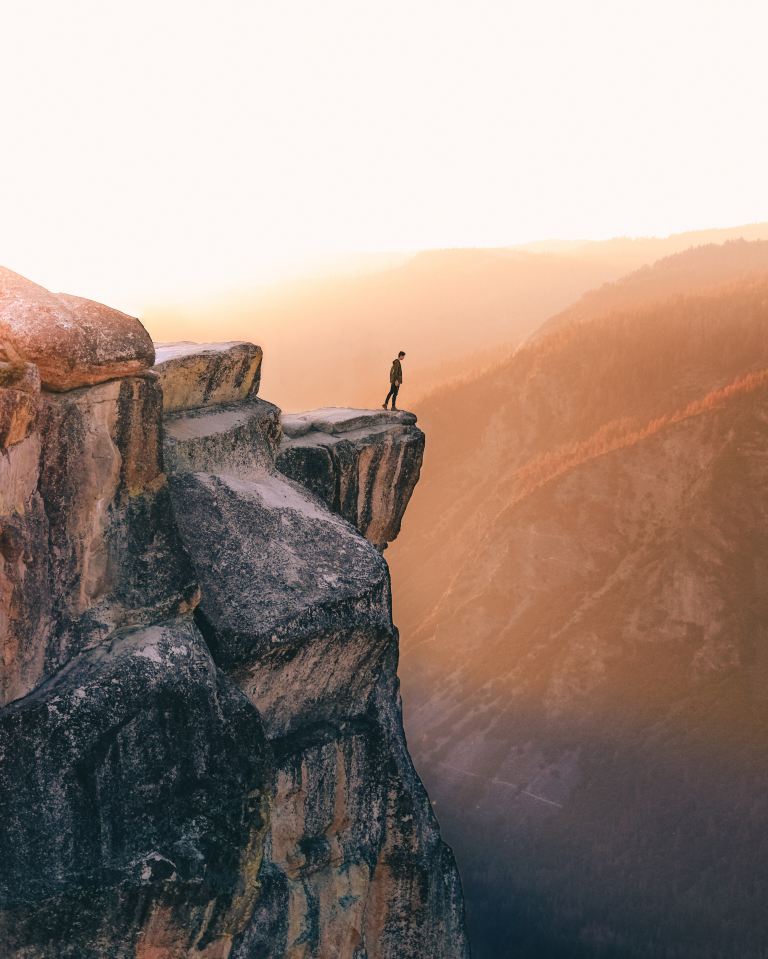 On a podcast this morning, I listened to Ruth Soukup talking about her book and coaching programme Do It Scared. She described her trademark fear archetype assessment. She had me at questionaire! I love filling out surveys that give me a simplistic answer to all the things that are wrong with me!

After she described the first couple of their seven archetypes, with each one I was thinking ‘yep, that’s me.. wow, I am so messed up because all of these are me...’ but then she got to “The Outcast” and hit the nail on the head. I am quite the “People Pleaser”, too, despite what my mother would tell you.

It’s worrying how accurate pop psychology can be…

Speaking of the book, Amazon have really surprised me and sorted out the problem I have had at least for new clients who have bought my book. I am still not sure what to do about clients who originally bought the book and then wanted to buy it again or update their edition. I have also been called a ‘bad publisher’ by a very forthright and typically anonymous person on KDP Community. Apparently if you need to update your manuscript because you find errors you are a bad publisher.

To be fair, my novel was ‘published’ way before it was ready so okay, I’ll own up to the ‘bad publisher’ tag. Literally anyone can publish (almost) anything on Amazon and it makes me sad to think that I was one of those bad self-publishers that the whole industry look bad. Perhaps Amazon needs to limit the number of updates that ebooks can have? That would certainly have slowed my roll in that area.

So the fear of rejection hasn’t stopped me from writing or publishing, here or on Amazon, but it does keep me playing small. As I wrote previously, I struggle with the idea of putting my face out there on employers or club websites. Friends keep suggesting that I do a talk about Paris at the local library and feature my novel Hotel Deja Vu. I’d probably rather go to the dentist than do that. It’s not a fear of public speaking per se; I can (and have) get up and talk in front of hundreds of people. I’ve sung and danced in front of hundreds of people so I am still trying to unpack why I won’t go and speak to say, 20 people, at the library or organise a proper book launch. I am an enigma wrapped in an weirdo.

Oh wait, it could be because I don’t think my work is good enough. That old chestnut. BORING! Still doesn’t stop me from writing!

Pics below are from my local area. Morning walk and afternoon bike ride and swim. #livingthedream

3 Replies to “Do it Scared”

I am so excited to say I am almost finished writing Alia Henry and the Ghostwriter #newfiction #france #novel I started this story for #nanowrimo2019 which became #nanoslowmo around mid month 😛 but I reached 50k mid January. Better late than never... now as I put the finishing touches on the second draft and prepare it for editing I marvel at the madness around us all and know writing is my anchor, my North Star, and my wildest dream. It keeps me sane and gives me something positive to focus on when all around is confusing. Writing through this terrible time makes me realise I will never not write. #writersofinstagram #writingcommunity #writinglife
So...? You in? #writingcommunity #writersofinstagram #writer
Mucking about with cover ideas for #Parisian day and other stories - a novella and collection of short stories set in #Paris This isn’t the finished product but we’re getting there. #parislovers #readersofinstagram #writingcommunity #iloveparis
Having fun with stock images for my new cover. #writersofinstagram #parislovers #eiffeltowerparis #writerpainter #paris #france
Talia Lauren
bodyandsoulnourishmentblog