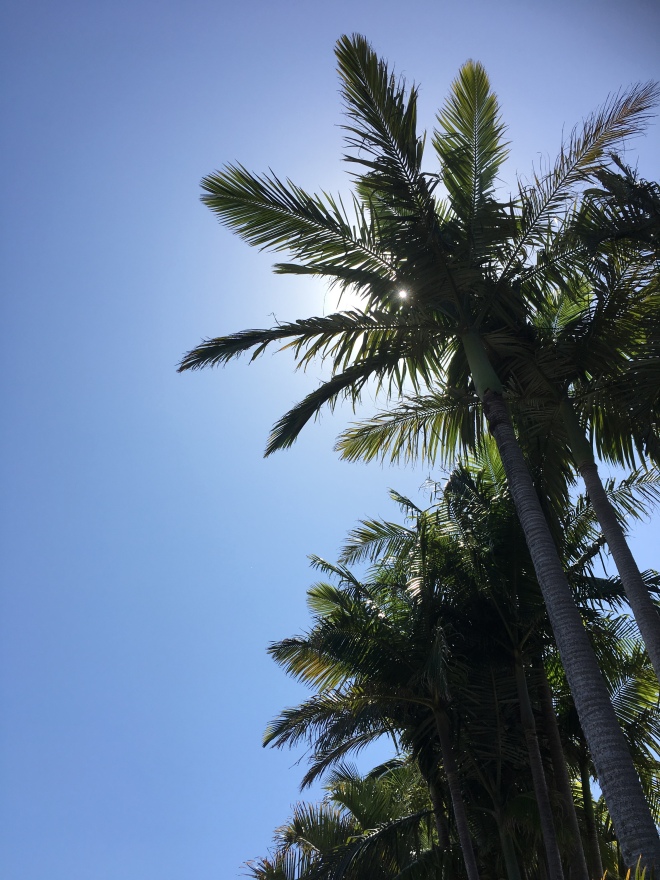 Had to pop to Byron Bay this morning to rescue a client who had forgotten to order linen. I love going to Byron so it wasn’t a huge chore.

I love Byron. Apart from the great food and relaxed vibe, I like to walk down along and think of all the artwork I’ve sold through the quirky little shops that line Johnson Street. The shops that used to be there, when Byron was quirky. Oh, listen to me, such a nostalgic fool.

I’m a solastalgic dreamer, like the thousands of young people who marched around the world asking our world leaders to address climate change. Crazy to think people are being criticised for wanting the world to be a cleaner, safer place. Even crazier to think that adults are critical of young people who are demanding a change to the destructive abuse of the natural environment.

But I fear that I’m part of the problem now. My business is fueled by the tourists that flock to the area. If we all stayed home the carbon emissions would go way down. Air travel is one of the big three things we can cut out to reduce human impact on the environment, according to the Climate council. The other two are eating plant based, check, and not having children. Well that ship has sailed for me, but we only had one child so surely that’s not so bad? Can I give myself one and a half points out of 3? I done 8 flights this year. How exactly do Aussies swear off flying?? We have to fly to bloody get anywhere!

We couldn’t swim at Byron today due to clouds of seaweed that made a four metre wide icky obstacle at the waters edge. It was unusual to see the beach so empty although a few hardy souls were braving the brown stuff. According to the lifesaver we spoke to, a couple of turtles even had to be shifted further down toward Clark’s beach. Even the sea creatures were struggling with the stuff.

It’s all a bit of a first world struggle. This really is the lucky country even if we have to fly for hours to get out of the place.