An Audience of One (plus the cats)

I read an article on Medium last week that inspired, annoyed, then inspired me again.  He inspired me with his eloquent style, his big follower list and his ability to reference his own articles (okay this part was the start of the annoyance. People, stop referencing your writing with your own writing!) The came the really annoying part. Here was a writer with a big following was telling his readers that unless they have an audience, their creative output means precisely squat. Annoyed? My blood was boiling.

He then went on to implore his readers to start shipping; cultivating an audience by publishing, however they could. Okay, I get a little inspired here, because if you intend making a living from your creativity, you need an audience. But, Jeff, not all creativity needs an audience. Hell, some of it should be burned like medical waste! Those journals that we write when we’re really p*ssed off. The painting that we just can’t make right. The pen and ink sketches with the cat vomit on them (I know, don’t leave artwork on the floor!) The salient point of creative output is the act of creating, not the shipping, selling or self-promotion.

At some stage along the path, if we keep making, writing and growing, we’re going to come up with some sellable art, if that’s what we’re aiming for. But in the meantime, in the words of Kurt Vonnegut, the practice of any art is to experience becoming, to find out what’s inside you, to make your soul grow. 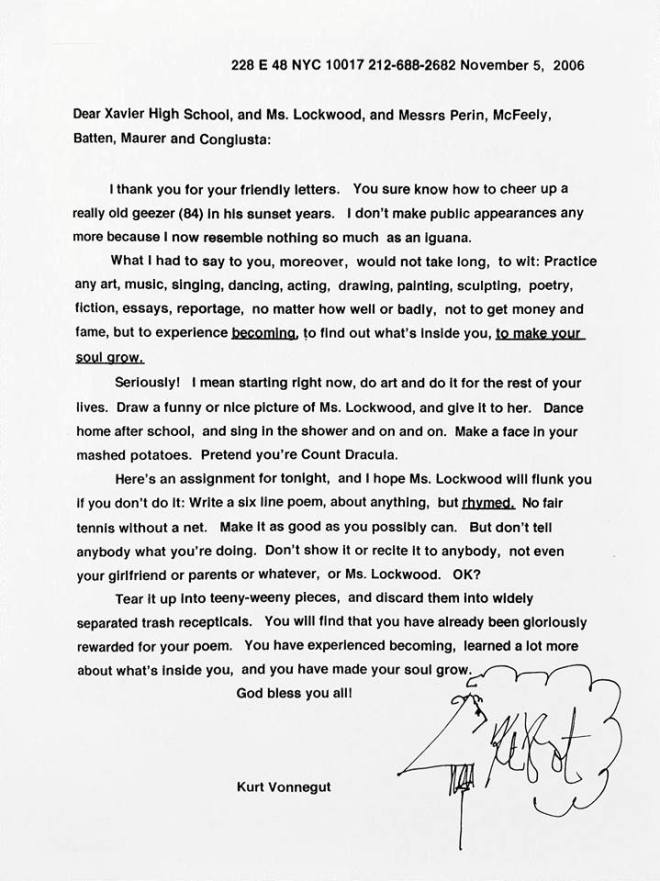