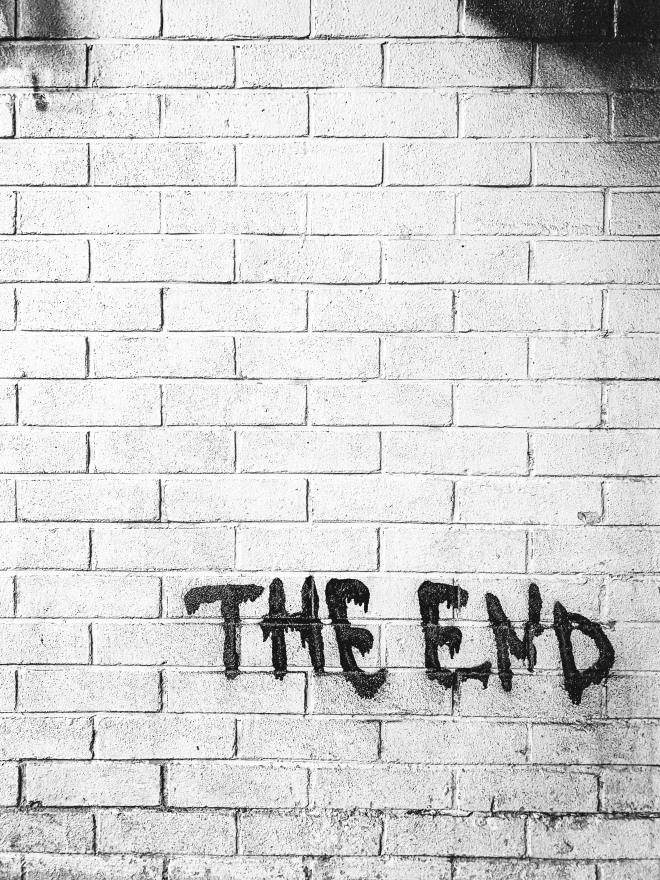 Get the ending you deserve

Neil Gaiman says our characters must ‘get what they deserve’ at the end. This applies to all characters and doesn’t just refer to what happens to the antagonist or villain. When I first wrote Hotel Deja Vu, my villain, Paula, wasn’t quite awful enough to warrant someone traveling back in time to change the course of her week in Paris. I rewrote her and made her a massive pain in the butt.

Now this whole concept is something I can’t unsee in books and on the screen. I mean, anyone who watched Game Of Thrones knows the feeling…

Warning- Spoilers abound in the following.

War of the Worlds – SBS On Demand

We started watching this series during the 2020 lockdown and really enjoyed losing ourselves in the updated storyline of an old classic. The characters were engaging and there were enough twists to keep us guessing. I was very keen to watch the second (and final) series and it was all going swimmingly until the last few minutes of the last episode.

Gabriel Byrne’s character did something not completely out of the character arc he had been on for the past two seasons. That wasn’t the issue. The issue was who he did it to. The young woman who was probably the other Main Character along with Byrne was key to all the terrible shitty things that happened so when he found he could use the alien tech to travel back in time he decided on a course of action that wasn’t completely incomprehensible within the story.

BUT… in terms of characters getting ‘what they deserve’ at the end‘, well, no, a young blind woman who was treated badly then lost her mind to some extent in the process did not deserve to be lured onto a roof top and pushed to her death, even if Byrne’s character spends the rest of his life in jail.

I could have forgiven almost any other ending but this was just lazy writing. At least with Game of Thrones, the whole final season was questionable. WotW was a great watch until those last few minutes. If I was to rewrite it, Byrne would have talked to her and told her that ‘no matter what she was loved and good and to resist the urge to go to the dark side’ then chuck himself off the damn building, leaving her confused but unscathed. He was the true source of all the pain that followed.

See, it’s not that hard!

But then who knows what the third series will bring…

I love, love, love this show and wish I’d never watched it so I can watch it again! The ending was perfect! Everyone got exactly what they wanted/deserved and the final episode still makes me smile when I think about it.

Venom 2 – I watched in the cinema but now on Disney+

We get a little too much backstory (for my liking) for the villain, Cletus Kassidy (played alarmingly by Woody Harrelson). As a child, he was abused terribly by his family. So he killed them. As you do…

He was then he was sent to a home for unwanted kids where he was further abused so that was the source of his psychosis. He met a young woman there who had a super-power (this confused me a little because in the ‘world’ of Venom the only super-powers we’ve seen until this point has been in the form of Alien-possession. The story never explains the origin of Frances Barrison’s (Naomie Harris) terrifying shriek so that’s annoying, but it’s one of the few things that can really hurt the aliens. She was abused in the home too, so there’s that explanation.

Whether it’s The Joker, Cletus, Loki, or any other villain, we used to be happy enough to believe they were one-dimension turd-burgers who just want to watch the world burn. Now we seem to want to understand what ‘got them all the way broke.’ Few people could watch The Joker and not feel a stab of compassion for the little boy he once was, utterly and completely rejected by his father and raised by a broken-hearted mama. Loki’s parents lied to him.

I wrote a character last year called June. June is a nasty woman and manipulates everyone around her to her own gain and amusement. June wasn’t abused. She was spoiled and indulged. I make no apology for that. In the end June suffers the first rejection she has ever suffered. Inspired by the Marquise de Merteuil in Dangerous Liaisons (1988) I wanted to write a female character who could be thoroughly disliked and I think I managed that. You can read more about that story here…

Ernest Hemingway’s mother has a lot to answer for. Intergenerational trauma is a term coined in 1966 when Canadian psychiatrist Vivian M. Rakoff and colleagues documented high rates of psychological distress among children of Holocaust survivors. When you read of Hemingway’s childhood, you can’t help but wonder at what he might have been like if he’d had a loving mother and a present father.

Both Hemingway’s and his wife, Hadley’s, fathers died by suicide and it cast a shadow over their whole lives. Of course, in July 1961, Ernest Hemingway, arguably the greatest writer ever to come out of the USA, shot himself. Not the ending he deserved at all.

Hadley, who was treated so poorly in the end by Ernest, went on to have a happy second marriage and raise her children in a loving home. I am so glad someone had a happy ending.

What made his parents, and Hadley’s, the way they were? I am so grateful that we live in a era when it’s easy to get help.