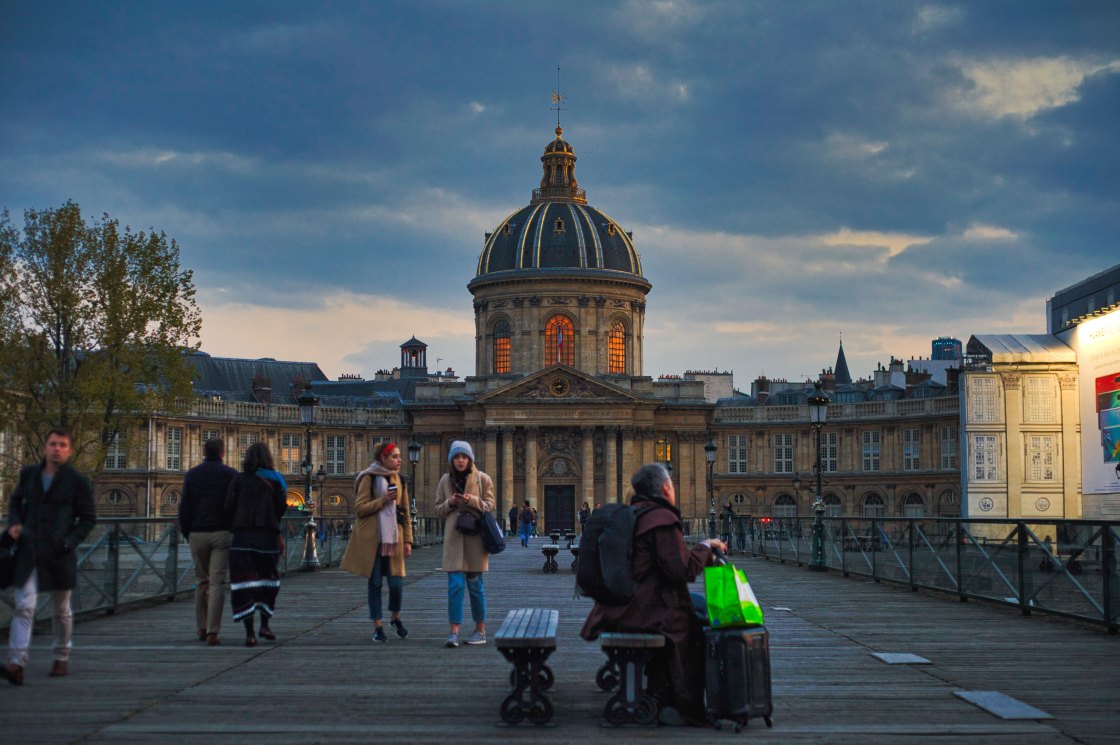 Locks and love in Paris

Do people still put locks on monuments to show their love for person or place? There are three schools of thought when it comes to ‘love-locks’. There are those who have it near the top of their must-do/see in Paris list, there are those who don’t really care, hey, whatever floats your boat. You want to put a lock on a public bridge? Go for it. Then there’s people like me, who are 100% dead against it for so many reasons, a few of which I’ll try to explain here.

When I returned to Paris in 2012 I was mortified to see the bridges groaning under the weight of thousands of locks, their keys lying unseen at the bottom of the Seine. Those keys will be there forever. That fact would be comforting to those whose locks have been cut off by municipal workers trying to save the bridges from collapse. The bridges that were completely padlock-free in 2006 were now the haunt of illegal lock-sellers who slung lengths of chain around already-full panels of balustrade to provide room for more locks. It wasn’t romantic in the slightest, it was hideous.

After that trip, I fell out with my French language group. My sin? I declared my position as anti-lock and they were all – to a ‘man’ – avid love-lock lovers or didn’t really care either way. The teacher kept out of the topic so I don’t know where she stood on the matter but I’d like to think, as a former Parisienne, that she wasn’t a supporter of the practice or she would have spoken up. It’s a tradition they said. No, it’s not, I countered. It’s romantic they cried. It’s vandalism, I said. I tried to explain the origins of the practice. I believe couples in ancient China would place a lock on a bridge as a marker if the man was pressed into the army. They would be separated, possibly by death, but the lock would keep their souls joined. Now that is pretty romantic.

More recently, 2009 or 10, a YA novel set in Rome featured a couple attaching a lock to declare their love was forever. I can’t recall if they were being forced to part. The novel was sweet but who knew how much people were going to take the practice and run with it? It’s a bit like the Da Vinvi code effect, funneling more and more people into the Louvre and other places featured in the novel, with a good number of them not realising it was fiction. (I have to admit that many years ago I went to Glastonbury. I wasn’t attending the music festival but following in the footsteps of characters of a novel I’d read. But still, I knew it was fiction.Good fiction grabs us this way and makes us want to be part of the story!)

It was telling that most of my language group had never visited Paris. There is just so much in Paris to see, we don’t need to invent ‘traditions’. I believe we need to leave nothing but footprints when we go to a place we deem beautiful enough to spend a wad of cash visiting. An American actress got a rude awakening after she posted a photo on social media of her and her hubby attaching a lock to a bridge in Paris. Her crime was ignorance. She had no idea that she was doing anything ‘wrong’. She took the photo down but of course the lock remained until the City of Paris had to cut it down along with all the rest.

Below, the Pont Des Arts in 1910, 100 years after it was built, and an image from the Daily Mail showing the panels from the bridge being removed due to weight and concerns the bridge would collapse. I find the first image far more romantic!

Thank you, to Lisa and Lisa, the (expat) women who loved Paris enough to put their necks out to educate tourists. I am not sure the site is still updated but here is the site for No Love Locks.