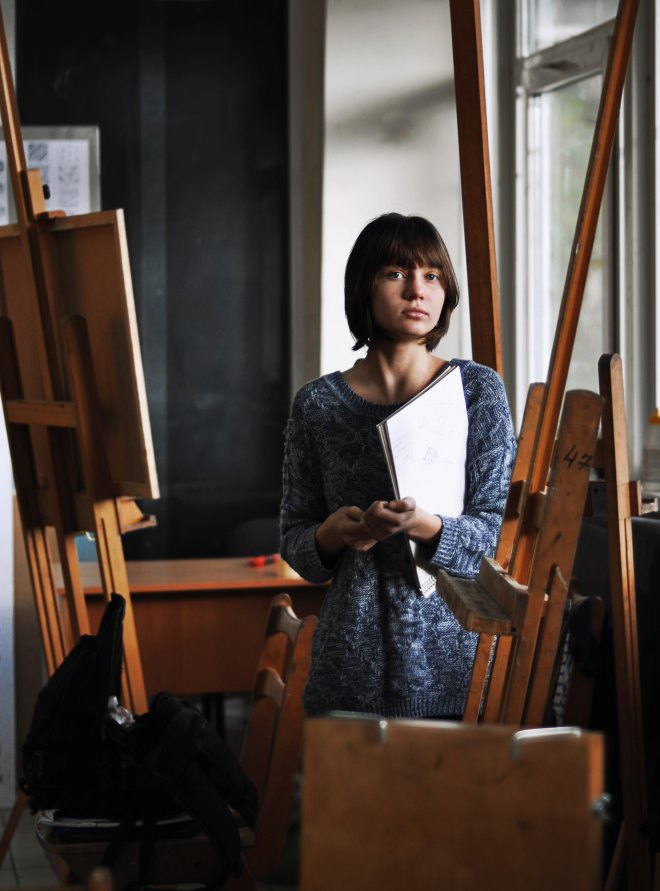 Everyone deserves a seat at the easel.

When I was 7 I asked my mum if she had read the Bible. She had. (but I’m not sure how well…) I then asked why any woman would want to be a Christian. Our church had no roles for women, apart from teaching Sunday School and that did not interest me one bit. There were horrid kids in those classes that talked non-stop and were very disruptive. The fact that I was one of them was lost on me. I wanted to speak from the pulpit and that was never going to happen. No Meagan Markle style happy ending here; I was allowed up to sing occasionally but then back to the pews. (I was referring to her letter to Procter & Gamble, their response, flash forward 20 years and she’s a princess! Fuck yeah!)

Philosophy beckoned while I was at university. Lecture after lecture on men telling men what to do with their lives, down through history. Art History was the same; unless you were studying Feminist art. It was a challenge to get the lecturers to include any female artists in their syllabi. With each assignment, I would choose another female artist. One lecturer told me I was getting ‘boring’. Really? (I’m boring for choosing female artists to research. Ok, so it was the 90s.)

Now when I look at the landing page of many news sites or search for podcasts it’s usually male name after male name. Google ‘Motivational Speaker’. There are a handful of women sprinkled in there, but way down the line. The talented and inspirational Louise Hay is the first to be listed. And sadly she’s no longer with us.

I listen to a lot of art-oriented podcasts. One presenter, a guy, was rambling off names of artists, ten, fifteen, twenty names….not one woman. Go searching and see for yourself. Then for shits and giggles, google Famous Artist or Famous Australian Artist. It’s like Where’s Wally but you have to find the female artist.

Don’t get me wrong; I love men.

Hell, I made one!

It’s a challenge to raise a caring, intelligent man because while we have come a long way in the last 100 years, the young guys coming through our education systems are often wrong-footed with lots of extra programs aimed at the female students and little aimed directly at the boys. The boys get a little pissed off about it (and so do their parents…) But then it’s often flipped on its head when they get out of university. Apparently, girls can be anything, but women, not so much.

Everyone deserves a seat at the table or easel and a voice. All women’s art and literature is by its very nature feminist purely because it exists. It’s always been hard for women to pursue the life of an artist. These women are warriors and trailblazers, but too often they must sacrifice being a parent or having a love-life.

Should it matter in this day and age what someone’s gender is? Shouldn’t their art speak for itself? Yes, I wholeheartedly agree, but it’s not about that, it’s about seeing yourself represented in history when you’re studying, history affirming that what you have to say, or paint, or sculpt etc has value.

Here are some women visual artists to look up and look up to.