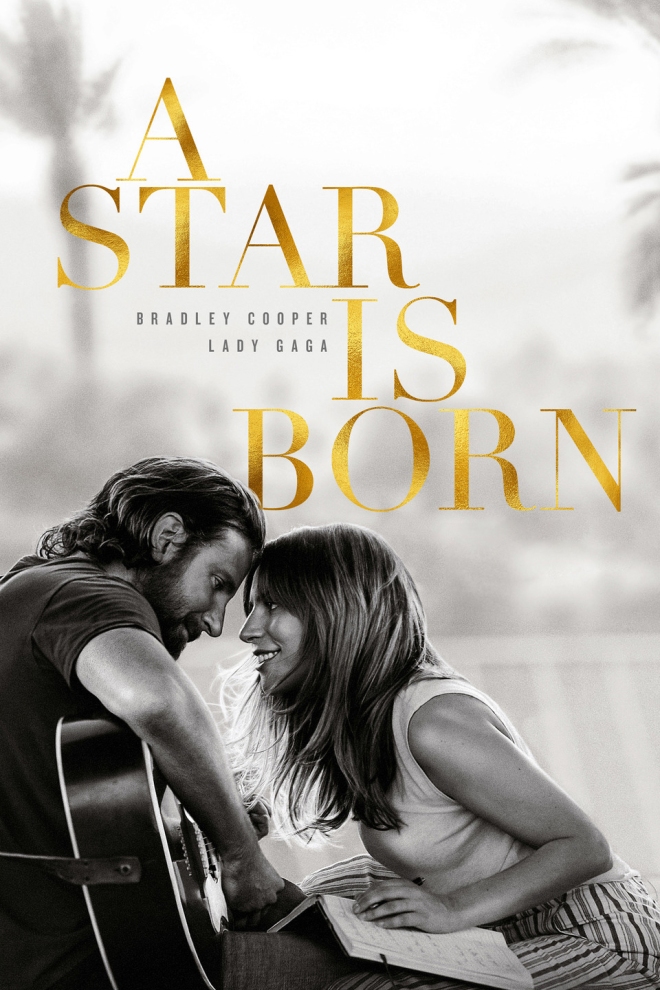 A Star is Born – movie review

Wowsers, what a movie!

I knew it was a remake of a remake, but I really had no idea about the storyline. I’m not going to put any spoilers in here but I am going to talk about some of the themes that spoke to me as an artist and storyteller. I’ve been a long-time fan of Bradley Cooper, his work, his face, his eyes…sigh. If you want to blow your mind, search Youtube for Bradley Cooper interview in French. In fact, here he is talking about the movie, in French!

Two elements other than the two amazing stars really spoke to me watching this movie. One was the old idea that we must suffer for our art, that artists must be drunks and addicts. I was dissuaded from attending art school because my mum was afraid I’d “end up in the gutter” such was the power of the cliché. I am happy to say that this dangerous archetype seems to have lost some of its power. People were getting sick of seeing young stars burning out. However, it has given way to the idea of Artist as Activist. In the movie, Cooper’s Suffering Artist warns Gaga’s Emerging Artist to ‘speak her truth’ while she has the ear of the people, in other words, before it’s too late. She just wants to perform pop songs. He thinks she’s wasting her time and talent.

I’ve been thinking a lot this week about speaking your truth vs entertainment in fiction writing. I seem to include a lot of heavier concepts like politics, death, abortion and women’s rights in my stories. The challenge is to find a way to do that without being didactic. Here’s Robert McKee talking about the line between meaning and didacticism in storytelling.

The other element that really stood out for me in watching A Star is Born, is the craft of Storytelling. Stephen King says “if it doesn’t move your story forward, remove it” and I’ve been writing second drafts and editing later drafts with this in mind. In this movie, nothing is presented to the viewer that doesn’t move the story forward.

There is a scene with Elly’s (Lady Gaga’s character) dad, talking to his buddies about Sinatra. At first, I thought, Oh this is just the guys shooting the breeze, but later I could see how that scene was crucial for setting up a later scene. This script is tight! A real lesson in storytelling.

Fear is so toxic. There’s a pivotal scene for ELLY, where she’s invited on stage by Jackson Mayne. Elly is terrified but she does it. She walks on stage and nails it. Everyone has moments like this in life. I know I would have chickened out given the same opportunity. I was terrified of being rubbish but probably more terrified of being outstanding. I found myself on stage a few times as a young singer and actor but had no self confidence and fluffed it time and again.

If I could do it again, I most certainly would have given it my all instead of giving in to fear. And I would ignore those who said I shouldn’t try because I wasn’t good enough.